Still stormy here, with winds in the high 40s/low 50s, although this is a little lower than the 60+ winds of yesterday and we haven’t had the rain that has flooded the south of England, Yorkshire and central Cardiff (amongst other places). In Uist, it’s been mostly showery, albeit that the showers are torrential, wintry and horizontal as another storm front sweeps across, eradicating a moment’s blue sky and sunshine with yet another overcast prelude to yet another incoming shower.

We have had a succession of very high tides which, allied to the largely southerly winds that Dennis brought yesterday, saw incoming breakers having their tops flung into reverse, plumes of spray being thrown backwards. But, amidst the muddy browns of the near side, reflecting the seaweeds being roiled up by the waters, the aquamarine of the water towards the far shore and the white, marram-topped sand dunes of Mol Mòr at Kilaulay, backed by white-painted cottages, in moments of sunshine underneath a slate grey sky, reflect the complexity of the South Uist colour palette. 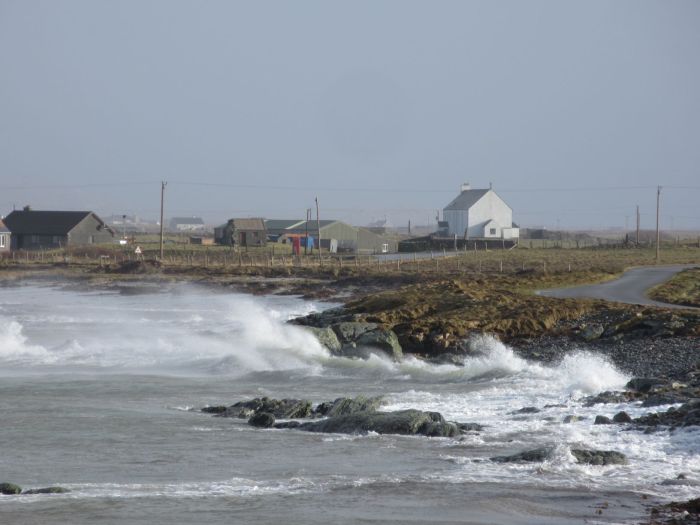 At least there was no further ingress of seaweed across the shore road, as also happened last week, for at least the second time this year and only the fourth (IIRC) in my time here.

2020 has been windy, with few and brief days of respite. This has made it much more difficult for birds to feed and yesterday, as the tide was forced by time to concede its battering of the shoreline and to dismantle its seaweed trebuchet, a mixed flock of ringed plovers, sanderling, greenshank and oystercatchers, and a few gulls, desperately resumed their foraging of their own 100cm² portion of the retreating waterline. There is, it seem, enough room for all, increasingly so as the tide retreats further, and the small nature of the morsels offered up made squabbling a pointless waste of energy.

However, a different side to this sort of frenzy smacked the office window this morning in the shape of a small bird with a force violence suggestive of a much bigger bird and which made me think of one of of our gang of starlings. There on the ground, upside down and apparently quite dead, mottled brown and buff underside in full vulnerable show, was a meadow pipit; and then, within seconds, the reason for the force of the smack appeared in the shape of a female hen harrier, which wheeled 180º around where its prey had fallen, tail fanned, banded alternatively light brown and cream and almost translucent in the sunshine, as it alighted on the pipit where it stayed a few moments settling itself and assessing the nature of any threat in the surroundings before rising up into the air and quickly out of sight, talons full. Only one in ten strikes are successful – and a strike is only half the battle as the right to the prey must then be preserved against all comers. At least this one was painless, on the one account, and non-wasteful on the other, although the shower which swept the landscape just a moments later would have made the plucking a damp occasion.

An extendedly bleak midwinter, then – though the fat, energetic shoots of daffodils emerging into and in spite of the strength of the storm are signs enough of the resilience and the vitality of all things. And, likewise, we will rise again. 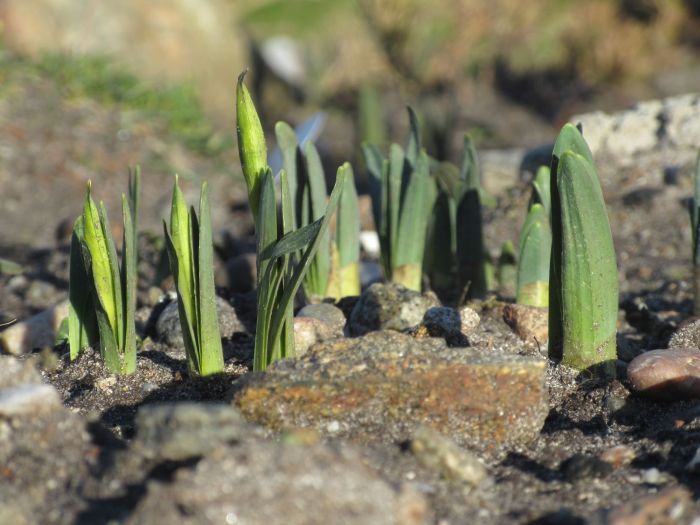 3 thoughts on “Dennis catapults in”